The fascinating story of the leveraged buy-out of RJR Nabisco in 1989. The authors do a great job of building up the backgrounds of the various players. There are lots of people involved and lots of ... ЮСЗБЙ ЗбКЮннг ИГЯгбе

One of my favorite financial reads. The sheer audacity on display by the prime players in this real world tale defies belief. It's men at their greediest and it's impossible to pull away from the ... ЮСЗБЙ ЗбКЮннг ИГЯгбе

Bryan Burrough was born in 1961 in Temple, Texas. Burrough is a New York Times best-selling author, special correspondent at Vanity Fair, and former Wall Street Journal reporter. Burrough graduated from the University of Missouri's School of Journalism in 1983. While in college, he was a reporter for the Columbia Missourian and interned at the Waco Tribune-Herald and the Wall Street Journal's Dallas Bureau. Burrough's bestselling book, Public Enemies: America's Greatest Crime Wave and the Birth of the F.B.I., 1933-34, is scheduled to be released as a movie in 2009. Burrough is a three-time winner of the prestigious Gerald Loeb Award for Excellence in Financial Journalism. He lives in Summit, New Jersey with his wife and their two sons.

John Helyar is a columnist for Bloomberg News. He previously wrote for the Wall Street Journal, Fortune, and ESPN, and is the author of Lords of the Realm: The Real History of Baseball. 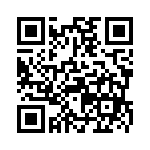