Good This is one long interview arbitrarily cut into chapters that follow the directorís films chronologically. To fully appreciate this I should have perhaps watched a few more of the films ... ř—«Ń… «Š řŪŪ„ »√Ŗ„ŠŚ

There is alot of overlap from what Herzog has said on the DVD commentaries of his films but this book goes into much more detail. This is a wonderful series. There is nothing better than direct quotes ... ř—«Ń… «Š řŪŪ„ »√Ŗ„ŠŚ

Paul Cronin is a writer and filmmaker. He edited Roman Polanski: Interviews and writes for numerous publications, including Sight and Sound. 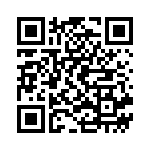