Carol Squiers is a writer, editor and curator who lives in New York City. Currently senior editor of American Photo magazine and regular contributor to Artforum, She has written for a wide variety of publications, including The New York Times, Vogue, Vanity Fair, The Village Voice, Art in America, and Aperture. She is a contributor to a number of books, including Barbara Kruger: Thinking of You (1999), Sandy Skoglund: Reality Under Seige (1998), Police Pictures: The Photographs as Evidence (1997), and The Contest of Meaning (1990). She is the editor of The Critical Image: Essays on Contemporary Photography (1990) and Overexposed: Essays on Contemporary Photography (2000). Between 1980 and 1984 she was curator of photography at PS 1, The Institute for Art and Urban Resources, Long Island City, New York. 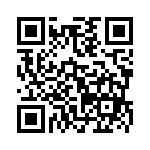