Hugh Thomas has come through again! The Spanish Empire was not only a romantic idea, but an organization, and an enterprise which involved a relatively few people in the continental Spanish structure ... ř—«Ń… «Š řŪŪ„ »√Ŗ„ŠŚ

Hugh Thomas is the author of, among other books, The Spanish Civil War (1962) which won the Somerset Maugham Award, Conquest: Montezuma, Cortťs and the Fall of Old Mexico (1994), An Unfinished History of the World (1979) and The Slave Trade (1997). From 1966 to 1975 he was Professor of History at the University of Reading. He was Director of the Centre for Policy Studies in London from 1979 to 1991, and he became a life peer as Baron Thomas of Swynnerton in 1981. 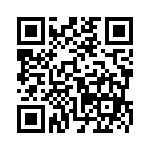