Ūßš▌═╔ 244
The staple foods for Liberian people in general are rice , cassava , eddoes , palm oil , yams , potatoes , various vegetable greens , and occasionally fish . Rice and cassava are the two foods available to nearly everyone .
Ūßš▌═╔ 329
... in European style ; he dances , and eats off plates , with knife and fork , a meal cooked in Portuguese fashion , such as a fowl cooked with rice , tomatoes , and onion ; he has his beer in a bottle and drinks it from a glass .
Ūßš▌═╔ 176
The Dogon are in the main agriculturists whose staple crop is millet , though they also cultivate rice , maize , bananas , peppers , onions , tomatoes , tobacco , & c . They keep some sheep and goats but only a few individuals own ... 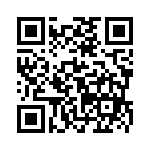