«Š’›Õ… 8
He is accordingly also known as mulakatyo lo kinyo , the spirit of food ' , and is also called mulakatyo lukak . " Certain big trees , not all of one species , are , perhaps temporarily , one of the habitations of Dun .
«Š’›Õ… 226
Hence the many phenomena of so - called ' possession ' , and the various illnesses attributed to that . Hence also , the votive offerings : the dedication of a young girl , the dances , and the other manifold ways of appeasing the ghost ...
«Š’›Õ… 469
They had no chiefs , hereditary rulers , or rulers of any sort , but merely counsellors or advisers called Kiruogik ( from ruoc debate , advise on ) , hardly even to be called judges , for if the judgement did not satisfy public opinion ... 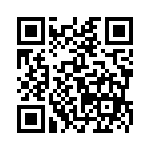