«·’ðÕ… 233
The women's part is to cultivate the soil , and female slaves especially are
employed in tilling the fields . In addition to cooking and making skirts of palm
fibres , the women's work includes plaiting and pottery , that is to say , handicrafts
; they ...
«·’ðÕ… 234
Every one belongs to the following of the head of the family , as relation , slave or
forfeit servant , or voluntarily joins the ... Some of them are born slaves , others
became slaves through debt , a few are prisoners of war , and some have sold ...
«·’ðÕ… 265
In Kongo , a man spoke of ' marrying'a slave and a feast was given , but all the
ceremonies essential to a wedding were omitted . Among the Wayao , marriage
between a free man and a slave woman was unaccompanied by any ceremony ... 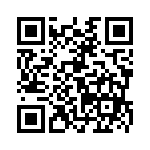