F.B. Meyer, who was one of EnglandÆs brighter spiritual lights, was born on April 8, 1847. At the early age of five he began his lifeÆs walk with the Savior. To Meyer, this was a vital relationship where two spirits met and fellowshipped together. Having been a student himself at London University, Meyer loved working with students. Throughout his long life students flocked to hear his lessons on the very practical issues of Christian living. In his various pastorates ranging from Liverpool to London, Meyer devoted himself to winning men and women from all walks of life. During his early years as minister he became the first pastor to welcome D.L. Moody to England. The English benefited much, as did the young Meyer. From Moody he received the advice always to be himself and never a copy of another. A popular speaker at various conventions, Meyer became a regular speaker at the Keswick Convention, beginning in 1887. His missionary viewpoint was profoundly affected by two of the Cambridge Seven who were headed for China. Later he became a prime minister in the Regions Beyond Missionary Union. As a prolific writer of tracts, booklets, and some seventy books, his chief contribution to literature is a series of outstanding Bible biographies of which this book is one. 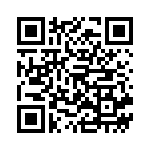