Irfan Alli is the author of two books "The ABCs of Parenting - A Practical Guide for Muslim Parents" and "Muslim Child - Understanding Islam through Stories and Poems" which is co-authored with his wife Rukhsana Khan. He is also the author of several eBooks Ė among them: "What are Angels?", "What Happens After we Die?", "101 Selected Sayings of Prophet Muhammad (peace be upon him)", "Enlightenment from the Quran Ė God's Last Revelation to Mankind" and "201 Motivational Quotes from Around the World". Over the last 25 years he has served as a director and educator in Islamic organizations as well as a lay Muslim Chaplain in Canadian hospitals and prisons. Irfan is often asked to speak to Muslims and non-Muslims to help them better understand Islam. His presentations to students, parents, youths, community groups, pastors, educators, and at interfaith forums have been well received. His volunteer efforts, professional work and recreational activities have taken him all across Canada, to the U.S., Brazil, Hong Kong, Indonesia, South Korea, Japan, Guyana, Pakistan, India, Jordan, Saudi Arabia and China. What he has learned from his travels is reflected in his writing. Irfan lives in Toronto, Canada with his wife, four children, and a growing number of grandchildren. 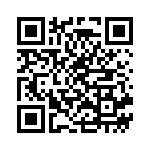