This book surprisingly failed to engage me. I know what they say about the cover and the title, but I still got fooled. Without analyzing too much, I think one reason could be because I shifted from ... ř—«Ń… «Š řŪŪ„ »√Ŗ„ŠŚ

This is, without doubt, the most fascinating travelogue I have ever read. Frater follows the monsoon from its genesis in Kerala up to Cherrapunji in Assam, the wettest place on earth: in the process ... ř—«Ń… «Š řŪŪ„ »√Ŗ„ŠŚ

Alexander Frater has contributed to various UK publications - Miles Kington called him "the funniest man who wrote for Punch since the war" - and been a contracted New Yorker writer; as chief travel correspondent of The London Observer he won an unprecedented number of British Press Travel Awards. Two of his books, Beyond the Blue Horizon and Chasing the Monsoon, have been made into major BBC television films. One, The Last African Flying Boat (based on the former), took the BAFTA award for best single documentary, while a program for BBC Radio 4 (about his South Seas birthplace) was named overall winner of the Travelex Travel Writers' Awards. His most recent book is Tales from the Torrid Zone. He lives in London, though, whenever time and money allow, is likely to be found skulking deep in the hot, wet tropics. 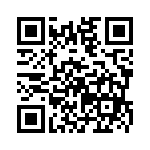