CHASING THE MOUNTAIN OF LIGHT: Across India on the Trial of the Koh-i-Noor Diamond

A sometimes glittering travelogue that traces the strange fortunes of a fabulous jewel. Rushby, an accomplished and adventurous English traveler in the vein of the Victorians he so clearly admires ... Þ—«¡… «· ÞÌÌ„ »√þ„·Â

Chasing the mountain of light: across India on the trail of the Koh-i-Noor Diamond

In some circles, gems--like the Koh-i-Noor diamond--are believed to influence people for good or ill. Now in the possession of the British Crown, that legendary Indian diamond has been coveted and ... Þ—«¡… «· ÞÌÌ„ »√þ„·Â

Kevin Rushby is the author of Eating the Flowers of Paradise. He lives in England with his wife and children. 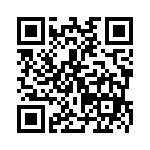