«Š’›Õ… 198
Kimvita , and that of Zanzibar , called Kiunguja . Although Mombasa and Lamu ,
the ancient stronghold of Islam , where also Kimvita is spoken , exercised a
strong influence , yet Kiunguja , the Zanzibar dialect , is the predominant one and
in its ...
«Š’›Õ… 204
called Ali Gaji Dunamami ( Ali the little son of Dunama ) who , according to
Barth's chronological table , ruled from A.D. 1472Ė1904 after the Kanem civil war
ended . Ali founded a new Bornu capital called Ngazargamu near the modern ...
«Š’›Õ… 310
The district , which consists of an aggregation of midi , is under the control of a
district headman , who may be either a commoner , in which case he is called
nduna , pl . dzinduna , or a person belonging to the chief's family , in which case
he is ... 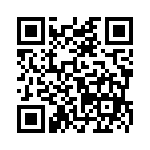