«·’ðÕ… 179
by the single remaining cooler seller there to be bought only from Ile Babaoye , where it is nowadays made by one potter only , Saratu Alake , generally known as Madam Fatimoh . This potter , now in middle age , can trace the history of ...
«·’ðÕ… 188
is strengthened by reports of coolers very similar to the usual Ilorin type being found in other parts of West Africa , suggesting strongly that the cooler , although a specialist item , is ultimately part of a much wider , long - lived ...
«·’ðÕ… 189
Social restrictions , therefore , are not the major constraint on the continuation of cooler making in Ilorin . Instead , and unlike the situation in the Ilorin industry in general , the major problem is the drop in demand . 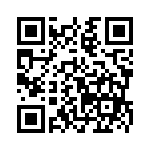