Steve Neal is the author of several books, including Dark Horse: A Biography of Wendell Willkie, cited by American Heritage as a notable book, and a "critic's choice" of The Wall Street Journal. A former White House correspondent, Neal has been described by the Philadelphia Inquirer as "a consummate American political historian. 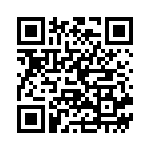