Solid effort though obviously leaves you hanging with the situation utterly unresolved in about early 2009. So it does not deal with the Obama 'surge' or any of the political or military developments ... Þ—«¡… «· ÞÌÌ„ »√þ„·Â

Jones starts In the Graveyard of Empires going back to Alexander the Great's march into Afghanistan. This is to put Afghanistan's tumultuous history into perspective. Readers shouldn't be worried a ... Þ—«¡… «· ÞÌÌ„ »√þ„·Â

Seth G. Jones is the senior vice president, Harold Brown Chair, and director of the International Security Program at the Center for Strategic and International Studies (CSIS), as well as the author of Three Dangerous Men, A Covert Action, In the Graveyard of Empires, and Hunting in the Shadows. He lives outside of Washington, DC. 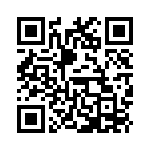