As the authors point out, very few people know that there was a serious assassination attempt against Harry Truman on November 1, 1950, and those that do often confuse it with the Puerto Rican ... ÞŅĮÁÉ ĮáĘÞííã ČÃßãáå

Journalists Hunter and Bainbridge reconstruct an attempt on Harry Truman's life, an event that "was of course gigantic newsfor about a week."The principal actors in the November 1950 attempt were ... ÞŅĮÁÉ ĮáĘÞííã ČÃßãáå

Stephen Hunter has written over twenty novels. The retired chief film critic for The Washington Post, where he won the 2003 Pulitzer Prize for Distinguished Criticism, he has also published two collections of film criticism and a nonfiction work, American Gunfight. He lives in Baltimore, Maryland.

John Bainbridge, Jr., is a freelance journalist. A former reporter for The Baltimore Sun and legal affairs editor for The Daily Record (Baltimore), he is also a lawyer and former Maryland assistant attorney general. He lives near Butler, Maryland. 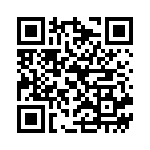