ĒįÕŻĶÉ 220
In addition , the men of many , though not all , tribes can be distinguished by their face marks . I do not know how many Konkomba tribes there are though I have visited members of a dozen different tribes ; the largest number about ...
ĒįÕŻĶÉ 221
There are a number of tribes  at least twelve - who think of themselves as Bekpokpam inhabiting Kekpokpam and speaking Lekpokpam . ... War between one Konkomba tribe and a Basare tribe would not engage other Konkomba or Basare tribes .
ĒįÕŻĶÉ 108
In several tribes  the Nuer , Bantu Kavirondo , Dorobo , other Nilo - Hamitic tribes , Nandi , Kipsigis , Pokot , Masai , Kamba , Meru , Kikuyu , Galla , & c .  it covers the whole subsequent life . Among the Turkana , Gusii ( and ... 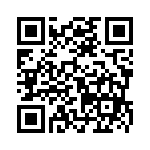