Much like the author, I didn't know much about Indian culture before reading this book, so this really opened my eyes to it. I didn't know stuff like this was still happening there in the 1600 and ... ŢŃÇÁÉ ÇáĘŢííă ČĂßăáĺ

I loved the detail of this book and how I could be there with the royal family. ŢŃÇÁÉ ÇáĘŢííă ČĂßăáĺ

Kathryn Lasky was born in Indianapolis, Indiana on June 24, 1944, and knew she wanted to be a writer from the time she was ten. She majored in English in college and after graduation wrote for various magazines and taught. Her first book, I Have Four Names for My Grandfather, was published while she was teaching. She has written more than seventy books for children and young adults on everything from historical fiction to picture books and nonfiction books including the Dear America books and the Guardians of Ga'Hoole series. Many of her books are illustrated with photographs by her husband, Christopher Knight. She has received many awards for her titles including Sugaring Time which was a Newberry Honor Book; The Night Journey which won the National Jewish Book Award for Children; Pageant which was an ALA Notable Children's book; and Beyond the Burning Time which was an ALA Best Book for Young Adults. She has also received the Washington Post's Children's Book Guild Award for her contribution to children's nonfiction. She lives in Cambridge, Massachusetts. 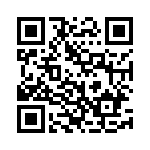