Ūßš▌═╔ 37
They are proud of liberal attitudes that relate not only to the birth and elaboration of royal lines , but also to the death of royalty.11 In contrast to the Bemazava solution , which seems to have involved the incorporation of large ...
Ūßš▌═╔ 38
The ruler , like a parent , received the bridewealth , even when the parents were known , and the bridewealth was called by a royal name ( vodiefa ) , not the common name ( didin - karena ) . A woman who married outside the group did ...
Ūßš▌═╔ 39
The southern pens still operate as they did on the southern half of royal persons or things , be they living bodies , corpses , royal relics , tombs , buildings , drums or conch shells ; the northern pens work on the northern half . 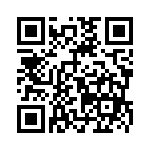