«Š’›Õ… 467
The Kipsigis and the other tribes speaking an almost identical language , i.e. the Nandi , Tugen , Keyo , Merkwet , and so forth , are really pastoral people in custom and thought , though they have ceased to be truly nomadic , like the ...
«Š’›Õ… 470
The repeated breaking of Kipsigis law was an unnatural offence . It is noteworthy that there is only one word , pitet , in Kipsigis for custom and law , but , of course , in their minds they are one and the same thing .
«Š’›Õ… 471
There are other ways of getting things done than by shouting metaphorically or actually . Noise , excitement , anger , or any display of feeling are to the Kipsigis the attributes of children left behind at ... 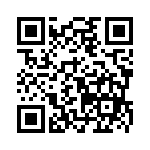