At first blush, the reader probably wonders what more could be said about Harry Truman after the flurry of books by Robert H. Ferrell, Alonzo Hamby, and David McCullough. Indeed, Mitchell (history ... Þ—«¡… «· ÞÌÌ„ »√þ„·Â

Franklin D. Mitchell is Associate Professor of History at the University of Southern California. He is the author or coeditor of several books, including The Homefront: America during World War II. 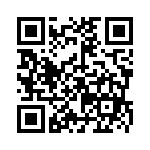