Formerly a newspaper journalist and senior fellow at the Woodrow Wilson School of Public and International Affairs at Princeton University, Robert J. Donovan covered the White House during the Truman years for the New York Herald Tribune. He is the author of several books, including Conflict and Crisis: The Presidency of Harry S. Truman, 1945-1948. and Boxing the Kangaroo: A Reporter's Memoir (both with the University of Missouri Press). 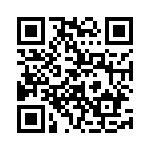