«Š’›Õ… 5
At the request of the Gold Coast Government the Institute allowed one of its two Directors , Professor Westermann , to visit that Colony , in which a controversy had long existed on the question of a common script for the leading local ...
«Š’›Õ… 522
Special attention had been paid to establishing relations with the various Governments , institutions , and individuals in Africa , Europe and America in order to establish a centre of information in regard to the progress of study and ...
«Š’›Õ… 527
Sevav , via Makurdi , via Kaduna , N.P. Francis , Mr. G. D. P.O. Box 524 , Lagos , S.P. Government of Nigeria . Lagos , S.P. Government of Nigeria , Education Department , Northern Prov . Kaduna , N.P. Hall , Rev. 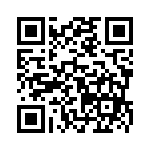