Ūßš▌═╔ 35
There is still another species of lulm quite distinct in its nature from all the preceding , being land moist in itself ... such is in Cabul called za , and in that , and similar climates , is commonly in the state of natural meadow .
Ūßš▌═╔ 159
There are tigers , and pretty numerous too , in the country , but they are of quite a different nature from those in Bengal , and probably more afraid of men than men of them . Accidents very seldom happen to natives , who penetrate ...
Ūßš▌═╔ 186
Though Assam is much nearer to the Chinese dependencies , yet the nature of the country to be traversed seems to ... but there are , as far as is known , no great natural difficulties to overcome , to establish a commercial road at ... 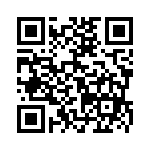