«Š’›Õ… 163
Stout reemerged from the office . He ran down the hall toward the front door . He was at the decision point . He could turn left , kick open the screen door , and maybe he'd see bad guys running toward him .
«Š’›Õ… 164
then director , addressed himself to the issue in the book he wrote , Secret Service Chief ď But Stout would not be bullied or tempted [ by the shouts of the official ] , Ē Baughman ( or his co - author Leonard Wallace Robinson ) wrote ...
«Š’›Õ… 165
The only person besides Stout in the building between the president and intruders was the doorman , James Wade , and while Wade may well have given up his life for the president in a heartbeat , being unarmed , he would have presented ...

As the authors point out, very few people know that there was a serious assassination attempt against Harry Truman on November 1, 1950, and those that do often confuse it with the Puerto Rican ... ř—«Ń… «Š řŪŪ„ »√Ŗ„ŠŚ

Journalists Hunter and Bainbridge reconstruct an attempt on Harry Truman's life, an event that "was of course gigantic newsófor about a week."The principal actors in the November 1950 attempt were ... ř—«Ń… «Š řŪŪ„ »√Ŗ„ŠŚ

Stephen Hunter was born on March 25, 1946, in Kansas City, Missouri. He received a bachelor's degree in journalism from Northwestern University in 1968. He spent two years in the United States Army as a ceremonial soldier in Washington, D.C., and later wrote for a military paper, the Pentagon News. In 1971, he joined The Baltimore Sun as a copy editor and he became its film critic in 1982. He won the American Society of Newspaper Editors Distinguished Writing Award in the criticism category in 1998 and the Pulitzer Prize for Criticism in 2003. He is the author of several books including The Master Sniper, The Second Saladin, Dirty White Boys, and Soft Target. He is also the author of the Bob Lee Swagger series and the Earl Swagger series. He has written non-fiction books including Violent Screen: A Critic's 13 Years on the Front Lines of Movie Mayhem, American Gunfight, and Now Playing at the Valencia. 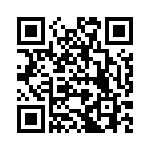