Hugh Thomas has come through again! The Spanish Empire was not only a romantic idea, but an organization, and an enterprise which involved a relatively few people in the continental Spanish structure ... Þ—«¡… «· ÞÌÌ„ »√þ„·Â

A momentous year for Western civilization, 1492 saw the defeat of the last Islamic state in western Europe and the setting forth of expeditions that would open up an entire hemisphere to European ... Þ—«¡… «· ÞÌÌ„ »√þ„·Â 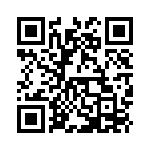