«·’ðÕ… 182
Anangāpida 1 Utpalāpida The poet named Sankuka , the moon for the sea of the
minds of scholars , composed a poem referring to this , which was entitled the
Rise of the World . 705 Mamma's son Yaśovarman , at the battle - front , deprived
...
«·’ðÕ… 226
468 In the village of Piśācakapura a householder named Viradeva had a son
named Kāmadeva , learned in letters , ornate with moral character and
qualifications such as ceremonial oblations and the like , he had secured in the
house of ...
«·’ðÕ… 285
The son of Haladhara named Kanaka in a fit of drunken rage after tying him to a
post had his nose cut off by the servants . This satellite , named Camaka , with the
missing limb , bringer of ill - luck , gained , by degrees , the favour of the new ... 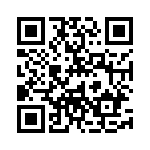