«·’ðÕ… 135
Institute of Race Relations for East Africa A MOVEMENT to establish an Institute of Race Relations for East Africa was inaugurated at a large meeting representative of the African , European , and Indian populations , held at Nairobi on ...
«·’ðÕ… 269
As most members know , however , the Institute was maintained in being , chiefly owing to the efforts of Sir Hanns Vischer , and its international character was preserved by contacts with representatives of allied governments in London ...
«·’ðÕ… 272
Dr. Audrey Richards read a comprehensive account , including information supplied by Professors Doke , Schapera , and Wilson , of work being carried out by universities and research institutes in South , Central , and East Africa . 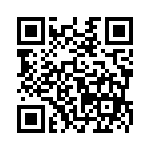