«·’ðÕ…
In other words, Nastenka risks everything for love, in direct contrast to the Dreamer who merely fantasizes about speaking to a woman. The Second Night finishes with a 'letter scene', borrowed from Rossini's The Barber of Seville, ...
«·’ðÕ…
... not merely the fictionalization of an event from everyday life ñ the girl's history, her marriage and the reasons for her suicide are all Dostoyevsky's invention: an imagined, plausible chain of events that could lead a young woman, a.
«·’ðÕ…
chain of events that could lead a young woman, a believer, to say her last prayers and leap to her death. 'The Meek One' is subtitled a 'Fantastic Story', but as the author's preface makes plain, the label has nothing to do with the ...
«·’ðÕ…
Somewhat to the side, leaning against the railing of the canal, stood a woman. With her elbows resting on the railing, she seemed to be looking very attentively at the canal's turbid water. She was wearing a very pretty yellow hat and a ...
«·’ðÕ…
And no matter how great my timidness with women, this was hardly the time! ... I turned around, took a step in her direction and would certainly have uttered the word 'Madam', but for the fact that I knew that this exclamation had ...
«· «·Ì… » 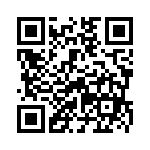