Jonathan Pitches is Professor of Theatre and Performance at the University of Leeds in the School of Performance and Cultural Industries. He specialises in the study of performer training and has wider interests in intercultural performance, environmental performance and blended learning. He is founding co-editor of the journal of Theatre, Dance and Performance Training and has published several books in this area: Vsevolod Meyerhold (2003), Science and the Stanislavsky Tradition of Acting (2006/9) Russians in Britain (2012) and Stanislavsky in the World (with Dr Stefan Aquilina 2017). He is currently working on two new book projects, Great Stage Directors Vol 3: Komisarjevsky, Copeau, Guthrie (2017) and Performing Landscapes: Mountains (2018), supported by the AHRC.

Stefan Aquilina is a lecturer within the Theatre Studies Department of the School of Performing Arts (University of Malta). His main area of research is Russian and early Soviet theatre, especially the work of Stanislavsky and Meyerhold. This particular research interest is developed through the application of critical theories on 'everyday life'. Aquilina also runs a research project called 'Performance Lineage: the Russian Tradition of Actor Training' through a grant offered by the University of Malta. 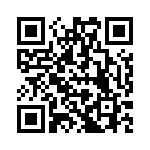