«·’ðÕ… 115
Human Element in Development There is no doubt that should the government of
India resolve to put this area on the high ... However , as mentioned above ,
enormous areas which are now virgin soil , could be made to yield valuable
crops if ...
«·’ðÕ… 123
The areas explored in respect of this net - work of relations are family , gyut (
more like a lineage group ) and phasphun . How far these three social groups ,
two based on kinship and one on other considerations , are functionally vital , has
also ...
«·’ðÕ… 145
Fruits like apricots , apples , mulberries , grapes and walnuts abound in the
warmer areas . In Skardu tehsil , now under the occupation of Pakistan , which
could have been called the fruit - garden of Ladakh , other fruits like the currant ,
almond ... 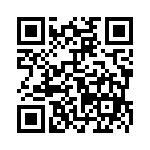