Kais M. Firro, Ph.D. (1979) in History, University of Nice, France, is Professor of Middle Eastern History at the University of Haifa. He has written extensively on the economic history of Syria and Lebanon in the 19th century while his "A History of the Druzes" (Brill, 1992) ranks among the few classic studies in the field. 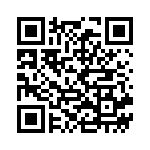