«Š’›Õ… ix
Isaiah, like America today, found himself on the cusp of God's grace, but felt bold enough to answer the call. That little boy of 1949, scooting around the back streets of Wigan, in his shiny red USA Air Force jeep, emblazoned with the ...
«Š’›Õ… xii
How we got here, and what caused us to be poised on this knife-edge of literally living 'twixt heaven and hell, is anyone's guess, but I have my own theory and it is revealed here in America On The Cusp (knifeedge) Of God's Grace.
«Š’›Õ… xiii
... lawlessness Ė will be as it was in the time of John the Baptist, when people had a stubborn refusal to repent. In the book of Revelation we are warned three times Ė THREE times Ė that people America on the Cusp of God's Grace xiii.
«Š’›Õ… xv
The United States is indeed ďon the Cusp Of God's GraceĒ and American citizens must flee from, or face up to, this present darkness and extricate themselves from the devil's entanglements. A true believer in America cannot continue to ...
«Š’›Õ… 7
The Primer supplemented the picture of Rogers' immolation with a long, versified speech, said to be the dying martyr's advice to his children, which urged them to ďKeep always God before your EyesĒ and to ďAbhor the arrant Whore of Rome ...
«Š «ŠŪ… »

Born and raised in England, Dennis G. Hurst graduated engineering college while playing professional soccer. During his tenure coaching youth teams, he was called to minister to teens as teaching director of Teen CBS. America on the Cusp of Godís Grace is his third book. Hurst lives in Dallas, Texas. 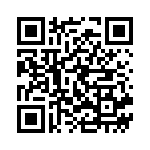