For those readers who donít know the Turkish writer Elif Shafak, let me preface this review by saying that she is a brave woman and thinker, first and foremost, and a compelling novelist, the most ... ř—«Ń… «Š řŪŪ„ »√Ŗ„ŠŚ

BLACK MILK: On Writing, Motherhood, and the Harem Within

Acclaimed Turkish novelist Shafak (The Forty Rules of Love: A Novel of Rumi, 2010, etc.) examines the conflict she feels between her many identities.Until the age of 35, writes the author, she defined ... ř—«Ń… «Š řŪŪ„ »√Ŗ„ŠŚ 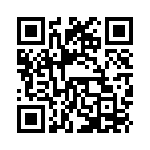