Ūßš▌═╔ 206
Women and children could never be legitimate enemy soldiers and consequently
were not to be killed at all , though they could be captured and eventually
absorbed into a new social setting . In the words of Ladit Arweny , an old man
whose ...
Ūßš▌═╔ 207
In an effort to evoke loyalties based on kinship , people commonly plead , ' Oh ,
my child , do not kill me . ... In the past , I was told , a person recognized as a
foreigner and enemy ran the risk of being killed in an act called kwero dano , the
...
Ūßš▌═╔ 209
The peace talks eventually failed and in 1996 , when elders tried to initiate new
talks , the rebels killed the two emissaries who went to meet them in the bush .
One of the elders who was killed , Okot Ogoni , had been involved in the 1987
effort ... 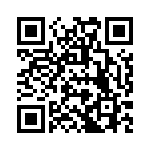