His books include Exploring Media Culture, Super Media, The Olympics as Global Ritual, and Mass-Mediated Culture. He is the editor for UNESCO. His writings on journalism, media events, sports, popular culture, and communication theory have appeared in dozens of scholarly and general publications (Studies in Mass Communication, American Quarterly, Journal of Communications, Media Development, Journalism Quarterly, Journal of Popular culture, TV Quarterly, Quest). He holds a Ph. D. from the University of Illinois and served for nine years on the faculty of the University of California at San Diego. He has directed a variety of local, national, and international research and journalism projects, as well as hosted television and radio programs and teleconferences. The focus of his work is media, culture, and social responsibility.

He is a member of the ICA, the IAMCR, and other professional organizations. 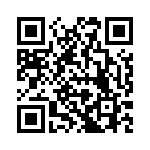