Arthur Asa Berger is professor emeritus of Broadcast and Electronic Communication Arts at San Francisco State University, where he taught between 1965 and 2003. He has published more than 100 articles, numerous book reviews, and more than 60 books. Among his latest books are Media Analysis Techniques, Fourth Edition (2012), The Academic Writerís Toolkit: A Userís Manual (2008), What Objects Mean: An Introduction to Material Culture (2009), Bali Tourism (2013), Tourism in Japan: An Ethno-Semiotic Analysis (2010), The Culture Theoristís Book of Quotations (2010), and The Objects of Our Affection: Semiotics and Consumer Culture (2010). He has also written a number of academic mysteries such as Durkheim is Dead: Sherlock Holmes is Introduced to Sociological Theory (2003) and Mistake in Identity: A Cultural Studies Murder Mystery (2005). His books have been translated into nine languages. 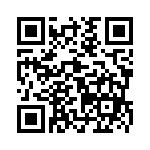